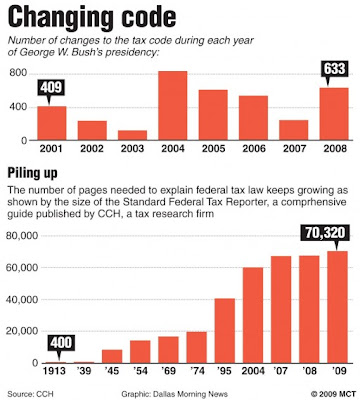 BLITZER: What about the $2 billion or $3 billion that goes every year to Israel? Do you want to eliminate that as well?
PAUL: Well, I think what you have to do is you have to look. When you send foreign aid, you actually send quite a bit to Israel's enemies. Islamic nations around Israel get quite a bit of foreign aid, too.
BLITZER: Egypt gets almost the same amount?
PAUL: Almost the same amount, so really you have to ask yourself, are we funding an arms race on both sides? I have a lot of sympathy and respect for Israel as a democratic nation, as a, you know, a fountain of peace and a fountain of democracy within the Middle East.
But at the same time, I don't [believe in] funding both sides of the arms race, particularly when we have to borrow the money from China to send it to someone else. We just can't do it anymore. The debt is all consuming and it threatens our well being as a country.
BLITZER: All right, so just to be precise, end all foreign aid including the foreign aid to Israel as well. Is that right? 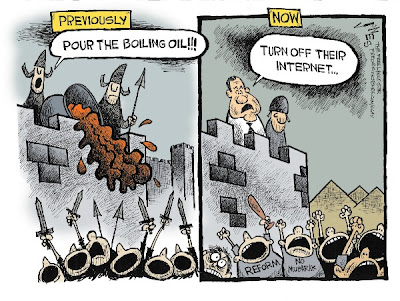 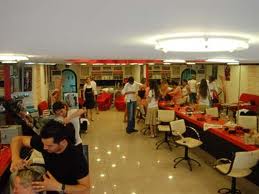 Marc Faber: «I think what should happen in the US is for the president to tell the US, you have to tighten your belts. We have to go through hard times for 5 years to repair the damage that was committed over 20-25 years by the Federal Reserve, by the Treasury, by the politicians, and somebody has to tell the truth. But the politicians keep on fueling the illusion that you can spend yourself out of the misery, and that by printing money you will improve the economy, which is not the case.»
Publicada por Eduardo Freitas às 22:05:00 Sem comentários: 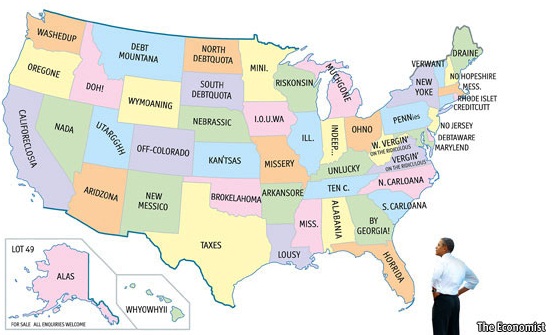 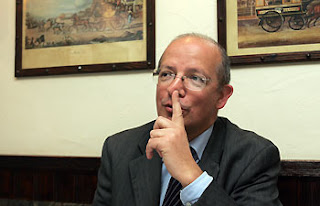 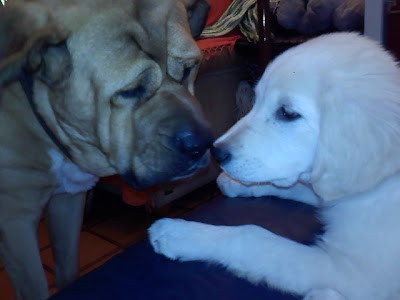 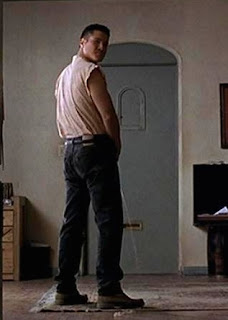 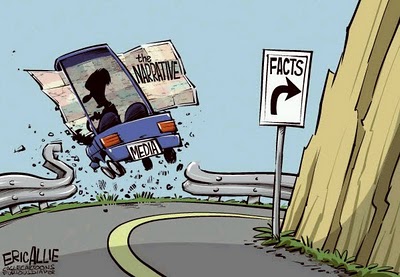 Jim Grant: «I think what would be very good for the Fed if there would be a confession, the Fed should confess that it has sinned grievously, and is in violation of every single precept of its founders and every single convention of classical central banking. Quantitative Easing is a symptom of the difficulties that the Fed has created for itself. The Fed is running a balance sheet which if it were the balance sheet attached to a bank in the private sector would probably move the FDIC to shut it down. The New York Branch of the Fed is leveraged more than 80 to 1. (...)The Fed is now in the business of manipulating the stock market.» 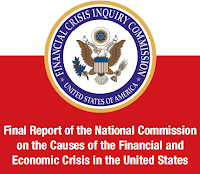 «The Financial Crisis Inquiry Commission was created to “examine the causes of the current financial and economic crisis in the United States.” In this report, the Commission presents to the President, the Congress, and the American people the results of its examination and its conclusions as to the causes of the crisis.» (Extracto do preâmbulo)
Publicada por Eduardo Freitas às 16:04:00 Sem comentários:

Ron Paul: "The Federal Reserve Is Responsible For The Inflation, The Business Cycle, Unemployment!"


Joaquin “El Chapo” Guzman Loera reported head of the Sinaloa cartel in Mexico, ranked 701st on Forbes’ yearly report of the wealthiest men alive, and worth an estimated $1 billion, today officially thanked United States politicians for making sure that drugs remain illegal. According to one of his closest confidants, he said, “I couldn’t have gotten so stinking rich without George Bush, George Bush Jr., Ronald Reagan, even El Presidente Obama, none of them have the cajones to stand up to all the big money that wants to keep this stuff illegal. From the bottom of my heart, I want to say, Gracias amigos, I owe my whole empire to you.”
Publicada por Eduardo Freitas às 01:45:00 Sem comentários:

«If it is true that Manning turned State Department documents over to Wikileaks, then he played a small role in the Tunisian Jasmine Revolution, which overthrew the brutal and grasping dictator, Zine el-Abidine Ben Ali, whom the US government had been coddling and the French government actively supporting.

Desperation at the policies of the Tunisian government had driven college graduate turned vegetable peddler Mohammad Bouazizi to set himself on fire in protest. The government had supplied him no job, then had confiscated his vegetable cart, then slapped and humiliated him when he protested. (...)  In the midst of this “Jasmine Revolution,” a leaked US embassy cable about the corruption of President Ben Ali came to the attention of the Tunisian public, lending legitimacy and urgency to their efforts to unseat him. It may have been leaked by Manning.

Manning, like Bouazizi, is young. He also faced, with all his youth and inexperience and impatience, a political situation that was the result of criminality. Dick Cheney and John Yoo and Karl Rove and George W. Bush were responsible for creating a public image of government lawlessness that encouraged whistle blowing. They went to war against Iraq on false pretenses and in contravention of international law. They themselves tried to leak the identity of Valerie Plame, a covert CIA operative, to the press. They set up Guantanamo and Abu Ghraib and Bagram as black torture facilities. They lied repeatedly to the American people (there was no looting in Iraq, no guerrilla war in Iraq, no civil war in Iraq, no torture practiced by the US in Iraq, no more than 30,000 civilian dead in Iraq, no need for more armored vehicles for our troops in Iraq).

The political situation Manning faced was also unyielding. Long after the American public turned against Washington’s Forever Wars, they are still being pursued, and are killing thousands of innocent civilians for war goals that range from the highly unlikely to the utterly phantasmagoric. Manning’s leak was an act of desperation no different in intent from Bouazizi’s self-immolation. He intended to protest, by putting himself on the line. He wrote in chat room, “god knows what happens now — hopefully worldwide discussion, debates, and reforms — if not & we’re doomed.” He did not intend to get caught, but he must have known the risks. His was a cyberspace form of self-immolation, a career-ending, decisively life-changing act that, however foolhardy or possibly illegal, was certainly courageous.

President Obama belatedly praised “the courage and dignity of the Tunisian people” and said,

“The United States stands with the entire international community in bearing witness to this brave and determined struggle for the universal rights that we must all uphold, and we will long remember the images of the Tunisian people seeking to make their voices heard.”

So one of the universal human rights the Tunisians wanted was freedom from harsh conditions of detention when charged with thought crimes.

As a service member under arrest in preparation for a military trial, Manning lacks many of the protections of US civilians charged with wrongdoing, but there are military regulations about pre-trial treatment that his defense alleges are being violated. There are also provisions in international law to which the US is signatory and which may be being violated.»
(...) 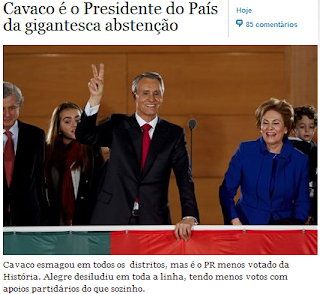 The best way to destroy the capitalist system is to debauch the currency. (ver google books)
Lenine 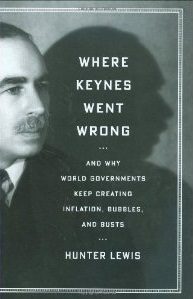 
«It’s the Journal of Universal Rejection (HT: Joshua Gans). From the journal’s website:

The founding principle of the Journal of Universal Rejection (JofUR) is rejection. Universal rejection. That is to say, all submissions, regardless of quality, will be rejected. Despite that apparent drawback, here are a number of reasons you may choose to submit to the JofUR:

If I submit a paper titled “The Ubiquity of Knightian Uncertainty,” would that constitute a performative contradiction? »
Publicada por Eduardo Freitas às 17:33:00 Sem comentários:

Etiquetas: Humor, Science is not settled 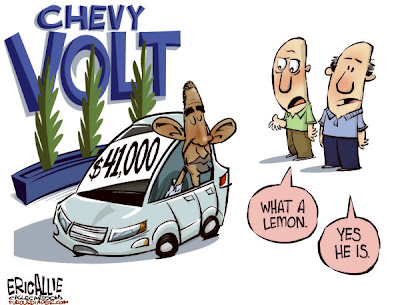 Sting - Shape Of My Heart 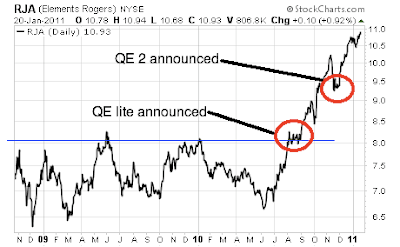 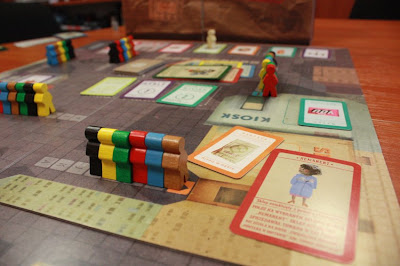 «In private, the best-informed analysts now agree that Britain's environmental policies have put the country on track to have the world's most expensive electricity. This is mainly because our competitors are almost certain to choose cheaper routes to emissions reductions, such as natural gas, or to shun emissions reductions altogether. The Coalition's own Annual Energy Statement for 2010 concedes that by the year 2020, nearly one third of the average domestic electricity bill will consist of green energy charges imposed by law (£160 out of £512, or 31 per cent). Business will be hit even harder, with environmental charges for the average medium-sized non-domestic user accounting for £404,000 out of £1.224 million, or 33 per cent.» (John Constable, Renewables Won't Keep the Lights On )