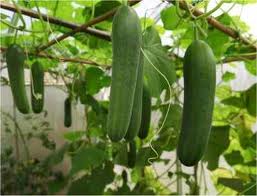 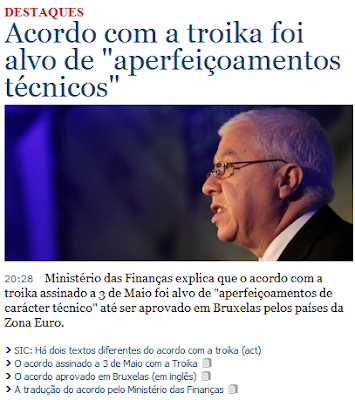 "...I think what will happen is that these deficits will stay very high and that they will lead to very high inflation rates most likely hyperinflation not tomorrow but over time , all I can say is I travel a lot and I am surprised that the US can publish a consumer price index of two percent when everything I see is up significantly in price not a little bit , significantly and so I think here [US] the rate of inflation has to be closer between 5 and 10 percent ,in my opinion closer to ten percent than five percent ,and elsewhere I also see prices going up substantially and so the potential for high inflation is actually there ....." (realces meus)

Too much faith – and subsidy – is ploughed into wind power when there are alternatives to butchering Britain, escreve Simon Jenkins, no The Guardian, ontem (realces meus). A sua leitura é obrigatória.

«We know all about life, liberty, property and the pursuit of happiness, but what of beauty? This week hundreds of marchers have converged on Cardiff from the west Midlands and mid-Wales in a desperate bid to halt what, on any showing, is an aesthetic travesty. By what right?
The protested plan, which has seen the Welsh marches in uproar for six months, is to erect 800 more wind turbines across the Cambrian Mountains and build a 100-mile network of 150ft pylons over the Powys hills, down the upper Severn valley into Shropshire. It will turn the largest wilderness area of Britain outside a national park into hundreds of square miles of power station. There is no market demand for this and the electricity generated will be less than one conventional power station. It is all political. The entire project is financed by the taxpayer in grants and by a compulsory levy on electricity bills´.

One thing I know about the green energy debate is that it brings out the worst in everyone, especially landowners and lobbyists wallowing in government money. To the Treasury, wind farms are like aircraft carriers, cash-eating machines pampered so ministers can walk tall at international conferences. Villages are being bribed with £20,000 a year in pocket money if they support permission for local turbines. Farmers can retire to the Bahamas on the amortised value of a wind-farm cluster. The British Wind Energy Association (now euphemised as RenewableUK) has 550 corporate members who shared £1bn in subsidy last year. The press treats it as a research source, when it is a lobbyist.

Just 19 giant turbines outside Swansea are planned to generate £12m a year for the Duke of Beaufort's estate, of which £7m is direct subsidy. This is repeated across the British landscape. Then in April came the absurdity of Scottish landowners being given almost £1m in compensation for not supplying wind power to an overloaded grid for just one night. It indicates what happens when an artificial market is created by a political whim, in this case that the UK should generate "15% of power from renewables" with no concern for cost. That cost is budgeted to be a staggering £100bn in grants and price levies by 2020. These sums are way out of proportion to any conceivable public good (...)»

Arguing that alternative energy may not create the jobs politicians predict, Chanos said he would likely offend the green movement with his bets.

"The cost of wind is 50 percent more expensive than natural gas," Chanos said, adding that Denmark-based Vestas would be a good company to bet against or sell short.

The environmental benefits of solar power are also questionable, he said. Chanos said he is certain that he is on the right path on First Solar because top managers are leaving the company. "We advise you to heed their warnings," he said, drawing both applause and laughter. 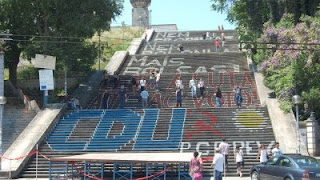 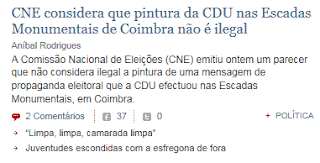 A tragédia do euro - novo acto

Marc Faber: I think we are all doomed

(...) "I think we are all doomed. I think what will happen is that we are in the midst of a kind of a crack-up boom that is not sustainable, that eventually the economy will deteriorate, that there will be more money-printing, and then you have inflation, and a poor economy, an extreme form of stagflation, and, eventually, in that situation, countries go to war, and, as a whole, derivatives, the market, and everything will collapse, and like a computer when it crashes, you will have to reboot it. For the investor, the question is: How do I navigate through this complete disaster that is going to unfold? And I think if you look at different asset classes - real estate, equities,bonds, cash, precious metals – I suppose that you have to be diversified. I think real estate in the U.S. may go down another 10% or so, or even 15%, but I am always telling people, if you can buy the piece of land or the house you like, what do you actually care if it does down another 10%? If everything I bought in my life had only gone down 10-15%, I would be very rich, because a lot of things became worthless, especially loans to friends, and bonds, and so forth.Look at the history, for example, of Germany, for the last 100 years. They had World War I. They had the hyper-inflation in World War II. The bond-holders got wiped out three times. If you owned Siemens, and you still own Siemens today, it was not a fantastic investment, but at least you still have something. You were not wiped out. I think that in equities you will be better off because you have an ownership in a company,than by being the lenders to companies, and the lenders, especially, to governments."

"Atenas não está em bancarrota", Jean-Claude Juncker à Spiegel Online
SPIEGEL: “Are you saying that, as a finance minister in the age of global capital markets, you cannot tell people the truth?”
Juncker: “I do not have a ready answer to your question. My main concern is to protect people from detriment. That’s why I feel practically compelled to make sure that no dangerous rumors begin to circulate. I’m certainly not going to go to confession because of a false denial. God understands more about the financial markets than many who write about them.”
Justificação divina para mentiras em matérias financeiras... Cuidado com as carteiras!
Publicada por Eduardo Freitas às 23:30:00 Sem comentários: 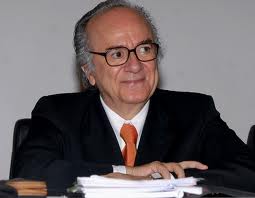 “So I ask the question: If wind has all these drawbacks, is a mature technology, and receives subsidies greater than any other form of energy per unit of actual energy produced, why are we subsidizing it with billions of dollars and not including it in [the energy subsidy] debate? Why are we talking about Big Oil and not talking about Big Wind?”

SPIEGEL: Nevertheless, we'd like to try aiming for the truth: How bad is the situation for Greece really?

Juncker: Greece has not adequately implemented the consolidation program to which it had agreed. Revenues are 9 percent below the target, the reform of the tax system is not proceeding as agreed and the planned privatization efforts haven't even been initiated. We were very direct in trying to explain these failings to our Greek friends at the last meeting of the European Union finance ministers.

SPIEGEL: What does Athens have to change?

Juncker: There are quite a few things Greece can do to clean up its budget. he government bureaucracy is bloated and needs to be reduced in size. Besides, the country has significant assets that the government owns.

In a recent interview with David McAlavany Dr. Marc Faber answered this question about inflation:

David McAlavany: It seems like perhaps one of the best strategies that they [o Governo] have to employ is a manipulation of the CPI [Índice de preços no consumido] numbers so that people assume that real-world inflation is 2 to2½%, while running at a 5% rate, essentially cutting the debts in half over a long enough period of time. If real-world inflation is, as John Williams of Shadow Stats has said, closer to 8%, then we are alleviating a lot of our existing stock of debt, at a rapid rate.
Marc Faber: Correct. But you understand, you are not really helping the economy, you are impoverishing, let’s say, the honest people who are decent, who have deposits, who save money and keep it in the banking system, who simply do not want to speculate. So, it is a tax on people’s savings, and it is a very vicious tax, because it is not so obvious to them,but it will become obvious one day, when with their money they can buy less and less. In other words, the purchasing power of money goes down. That is why I am telling everyone, if you already own cash, consider gold and silver to be a component of your cash portfolio, and own some of it, because the government can appropriate it, but otherwise they cannot fiddle around with it in terms of increasing the supply. 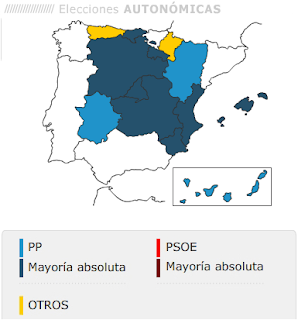 When ideas have sex 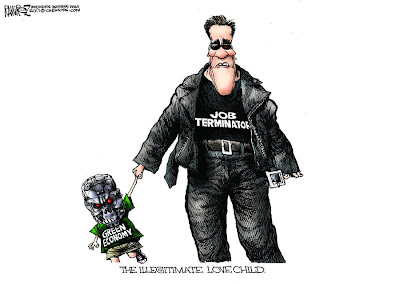 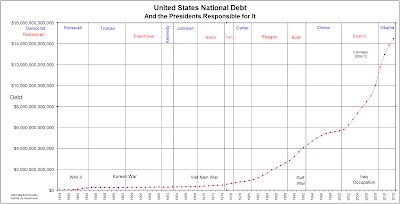 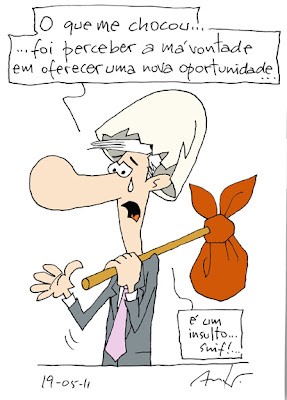 Not One, Not Two But Three 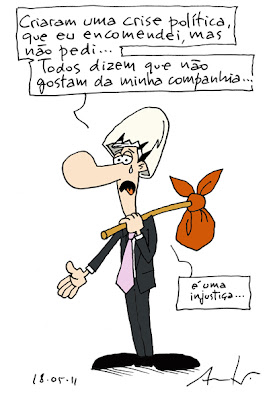 A degradação do valor da moeda no tempo 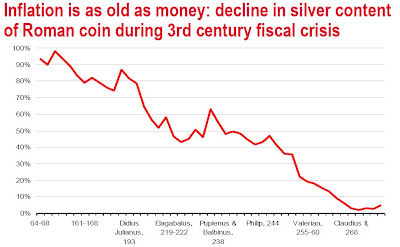 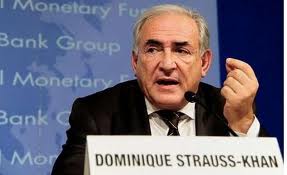 "Under DSK, the IMF took on a new role that enchanted Europe.


It joined with the European Central Bank to provide hundreds of billions to bail out Greece, Ireland and Portugal, so these nations would not default on their debts and bring down the European banks that are stuffed full of Greek, Irish and Portuguese bonds.

This is why the socialist Strauss-Kahn was a hero in the capitals of Europe. He was their agent in our capital.

Consider the winners and losers of this globalist racket.

The people of Greece, Ireland and Portugal endure austerity and recession for years, while the European banks are assured 100 cents on the dollar for their bonds. And the deal-makers like DSK are put up at $3,000-a-night hotel rooms, fly first class and get tax-free salaries larger than those of the president of the United States, courtesy of the U.S. taxpayer.

Saturday at the Sofitel, we saw up-close the sense of arrogance and entitlement such privilege induces in our global elite.

Time to shut down the IMF and get back what’s left of our gold."
Publicada por Eduardo Freitas às 23:34:00 1 comentário:

Marianne Faithful - There But For Fortune 
1.3.On the basis of a proposal developed by the time of the first review, the 2012 Budget will include a budget neutral recalibration of the tax system with a view to lower labour costs and boost competitiveness [October 2011]
Ontem, no debate com Sócrates, Louçã brandiu o documento enviado pelo governo português ao Sr. Paul Thomsen onde se pode ler (com os devidos cumprimentos a  António Nogueira Leite, realces meus):
"39. A critical goal of our program is to boost competitiveness. This will involve a major reduction in employer’s social security contributions. This measure will be fully calibrated by the time of the first review. The offsetting measures needed to ensure fiscal neutrality may include changing the structure and rates of VAT, additional permanent expenditure cuts, and raising other taxes that would not have an adverse effect on competitiveness. In calibrating this measure, we will take measures to: (i) mitigate the social impact of higher consumption taxes; (ii) ensure that changes to social security contributions are compensated by allocating equivalent revenues in order not to jeopardize the sustainability of the pension system; and (iii) ensure that tax changes are passed through to lower prices. While the proposal might be implemented in two steps, the bold first step will be implemented in the context of the 2012 budget (structural benchmark, October 2011).
Publicada por Eduardo Freitas às 06:17:00 Sem comentários: